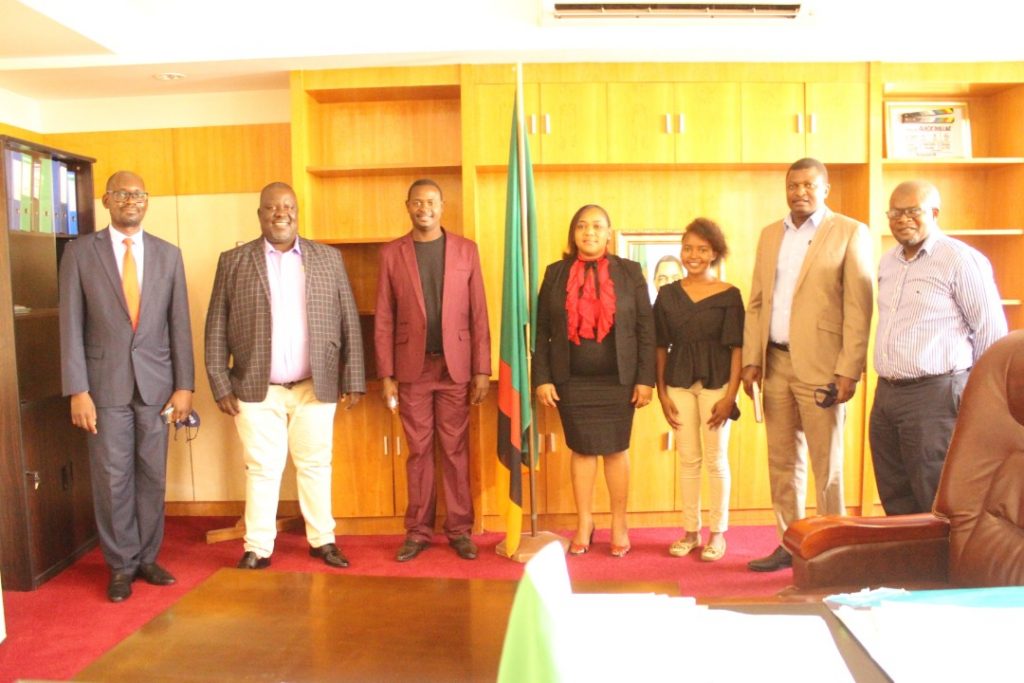 During the meeting, our team appealed to the Hon. Minister to intervene for the radio station to resume broadcasting. The radio station was taken off air for non-compliance with some statutory requirements, but immediately took steps to correct the situation, resulting in the Independent Broadcasting Authority (IBA) issuing them with a broadcasting license earlier this year. However, the station could not resume broadcasting pending the allocation of a new frequency by the Zambia Information and Communication Technology Authority.

During the meeting, Panos Executive Director Mr. Sifile said the absence of a radio station in Sinazongwe was disempowering the community and depriving them of access to the many developmental opportunities that have been proposed by the New Dawn government. He stated that it was unacceptable for a vast and resource rich district like Sinazongwe not to have a radio station. Among others, Sinazongwe is located on the shores of Lake Kariba, and has a bustling fisheries sector. In addition, the district is home to Zambia’s biggest coal mine, Maamba Collieries. However, poverty levels in the district remain very high, and the lack of a radio station makes it difficult for residents to take advantage of the many opportunities that the government has created.

Hon Sialubalo explained that from the time the radio station went off air, it has been difficult for him and other decision makers to disseminate information on development projects. As a result of limited access to information, Hon Sialubalo said citizens uptake of some developmental projects he had initiated was slow, as it is taking long for information to reach them. He said during the time the radio station was on air, it was easy for him to share information with residents in all the wards, but now with the station off air, it is difficult to equitably communicate with all parts of the district.

The Hon. Minister Kasanda empathized with Hon Sialubalo, Mr Kampamu and the people of Sinazongwe, saying radio is an important tool for disseminating information in a manner that allows citizens to effectively play their part in the realization of the development agenda.  She assured PSAf team and Sinazongwe district that the local radio station will be in operation as soon as ZCITA gives the station a temporal frequency.

PSAf believes that radio is a powerful platform for amplifying voices of the poor and marginalised communities, enabling them to not only express themselves, but also positioning them to shape the development agenda. In collaboration with partners such as the Austria Zimbabwe Friendship Association, the Open Society Initiative for Southern Africa (OSISA), the Norwegian Agency for Development Cooperation (NORAD), National Endowment for Democracy (NED), Canada in Zambia, among others, Panos has supported numerous content development initiatives that have enabled Sinazongwe Radio to be a platform for community engagement.