Towards a nation of healthy, productive people 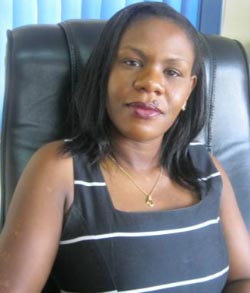 Towards a nation of healthy, productive people

THE Universal Declaration of Human Rights (UDHR) provides that every person has the right to the highest attainable standard of health.
At national level, Zambia’s National Health Strategic Plan for 2011 to 2015 highlights the vision of the Ministry of Health as a nation of healthy and productive people. Its goal is to improve the health status of Zambian people in order to contribute to socio-economic development. This mission shows that at policy level there is commitment to uphold the right to health for citizens.
The right to health is critical in public health debates because most of the public health challenges are exacerbated by inequalities, discrimination and human rights violations. For example, HIV transmission is fuelled by inequalities and discrimination which underlie the drivers of the epidemic. Additionally, people directly affected by various health challenges such as HIV/AIDS, TB and others need protection from human rights violations which undermine their ability to enjoy good health, thereby compromising their dignity. Socially marginalised groups such as sex workers and others face discrimination that undermines their access to comprehensive health care be it for prevention or treatment and care.
The UN General Comment No. 14 on the Right to Health defines the right to health in a broad sense, which also encompasses all these aspects of human living and interprets the â€˜highest attainable standard of health’ as containing both freedoms and entitlements.
The freedoms include right to control one’s body and health, including sexual and reproductive freedom, and freedom from interference such as freedom from torture, non-consensual medical treatment and experimentation. The entitlements are the right to a system of health protection which provides equality of opportunity for people to enjoy the highest attainable level of health.
For Panos Institute Southern Africa (PSAf), the right to health is one of the cross cutting human rights issues that are mainstreamed in all the organisation’s activities. PSAf works with government departments, civil society, the media and community-based structures to ensure that the right to health is respected, in line with international conventions and in line with the country’s strategic focus.
In order for the right to health to be upheld, there is need for a favourable environment that enables an individual to enjoy the right to control their own body and health. This entails an environment that protects and respects every individual’s human dignity and ensures economic, social, legal and cultural barriers to human rights and human dignity are addressed. These barriers include (but are not limited to) gender inequalities, economic inequalities, and discrimination, among others.
For example, Gender-Based Violence and Violence against Women for instance undermine the ability of women and girls to enjoy the highest attainable standard of health by exposing them to various vices. Economic inequalities also create a sense of dependence that expose people to risk in efforts to gain some financial benefits.
The Right to be free from interference such as freedom from torture, non-consensual medical treatment and experimentation is undermined in situations where people are unaware of this right, or in cases where socially marginalised people do not know which channels to use to seek redress in case of such occurrences.
For citizens to enjoy their right to health, the state must ensure a system of health protection where every citizen has equal access to the highest attainable level of health without discrimination. The state must ensure a functional public health delivery system that provides for everyone, whether or not they are a part of a socially stigmatised group. This right is undermined by a number of factors including stigma and discrimination whereby certain marginalised groups are not adequately covered stigmatised services are not easily accessible. Poverty and economic inequalities equally create barriers to access affecting citizens’ ability to afford various determinants of health such as good nutrition, certain drugs and services. Geographic marginalisation renders the rural poor in far-flung areas unreachable and therefore not adequately catered for. In developing countries, geographic location tends to be a barrier to the access of health care services for those in rural areas. This creates an inequality in the opportunity to enjoy the highest attainable level of health for these people. Common challenges for remote areas include drug stock outs and physical accessibility due to distance to health facilities.
Addressing health from a rights-based perspective, protecting and promoting the right to health and the progressive realisation of this right is the sure way of ensuring a nation of healthy and productive people.
The author is PSAf executive director.