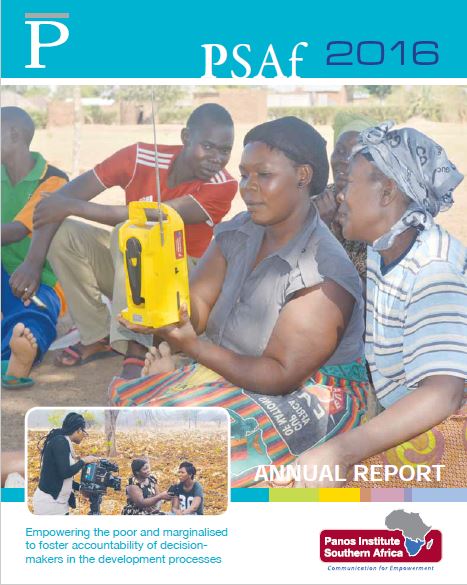 The end of the year 2016 marked the end of an era for PSAf as it marked 20 years since PSAf was established, and ten years since the organisation became autonomous. In these two decades, PSAf has worked consistently in using media and communications to drive development. We can confidently point to several successes across Southern Africa which are directly attributable to our work.

Not only have we achieved some of our goals, we have also contributed to the success of many of our stakeholders. Most importantly, we have drawn many lessons and acquired a lot of experience in the last twenty years. In 2016, we recorded yet another milestone: the
completion of the implementation of activities under our Strategic Plan for 2012 to 2016. It marked the approaches to influence positive social transformation.

This report provides a glimpse of the various successes recorded in 2016. Read More…