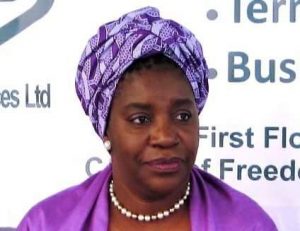 Lusaka, 18 July 2018: Panos Institute Southern Africa congratulates Ms. Chileshe Mpundu Kapwepwe on her appointment as the Secretary General of the Common Market for Eastern and Southern Africa (COMESA), the first ever woman to hold the position.

We view the appointment of Ms. Kapwepwe to such an influential international leadership position as a vote of confidence in women’s leadership in public administration. This appointment is very much in line with our advocacy to increase women’s participation in leadership across sectors in Southern Africa. We have no doubt that Ms. Kapwepwe will excel in this position and set a good example that will inspire more women to aspire for leadership in public administration, and build the credibility of women leadership.

It is also pleasing that the three regional bodies under which we operate as an organisation have in recent years shown great commitment to increasing women’s participation in leadership. Ms. Kapwepwe joins Nkosazana Dlamini Zuma who was the first  woman to serve as African Union Commission Chairperson from 2012 to 2017, and the current Southern Africa Development Community (SADC) Executive Secretary, Dr Stergomena Lawrence Tax who is the first woman to lead the regional body.

Panos commends COMESA, a region that covers a number of countries in which we work, for appointing Ms. Kapwepwe as the first woman to hold the position of COMESA Secretary General.