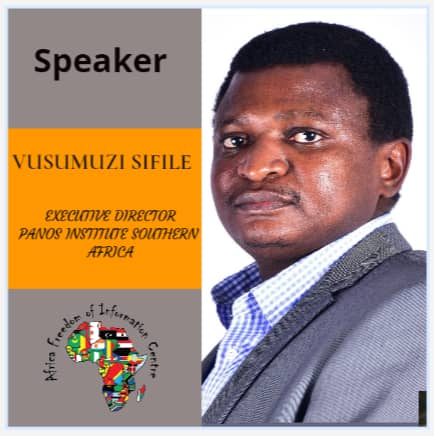 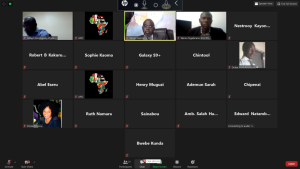 “Elections are at the heart of democracy. When conducted with integrity, they allow citizens to have a voice in how and by whom they are governed.” Kofi Annan

Three media development and press freedom advocacy organizations have partnered to implement a project to Improve Transparency and Accountability in electoral processes in Africa through the promotion of Access to Information.

While holding a virtual launch of the project in Uganda, Zambia, and The Gambia, the three partners in a joint statement stated that information is an essential ingredient for citizens’ participation in a democracy and that citizens need adequate and timely information to enable them to make informed choices on the candidates and political parties to elect.

The new project is responding to the fact that despite six African Union treaties and national frameworks on access to information and elections, many citizens in Africa do not get the information they need to have meaningful participation and make informed decisions in electoral processes. This has therefore resulted in low voter turn up, high numbers of spoilt ballots, election violence, and disputed outcomes of elections.

“This project is in line with our organizations’ missions of promoting the right of access to information and freedom of expression in Africa, improving transparency, accountability, and amplifying voices of the marginalized. Elections are an important aspect of citizens’ participation in democratic processes, yet in most cases, the management of the process is shrouded in lack of transparency and accountability,” said Mr. Vusumuzi Sifile , the Executive Director of Panos Institute Southern Africa.

Commenting on the significance of access to information in elections, Mr. Gilbert Sendugwa, the Executive Director of Africa Freedom of Information Centre said that information is at the center of all aspects of elections. He added that where information is not adequately shared, there is a high risk of unscrupulous people churning out fake news, fueling misinformation, and disinformation, which often raises alarm and triggers conflict.

“Through this project, we will bring together relevant electoral stakeholders, including the electoral management bodies, government agencies, political party actors, civil society organizations, the media and media regulatory bodies, law enforcement agencies, citizens, among other key stakeholders who have a role to play,” Mr. Sendugwa added.

Speaking from The Gambia, Mr. Lamin Jahateh, the Secretary-General, Gambia Press Union expressed their confidence in the project. He stated that through the project, the three partners will facilitate access to and use of information by various stakeholders. He added that most of the problems that have characterized elections have to do with limited access to information which includes low voter turn up, to mention a few.

In some cases, electoral management bodies and other electoral actors also fail to take the necessary action or to respond on time because of lack of information on situations requiring their intervention,” said Mr. Jahateh

Among other outcomes, the project seeks to support the establishment and implementation of a legal framework for access to information and elections in the context of the Africa Union Guidelines on Access to Information and Elections in Africa that was adopted by the African Commission on Human and Peoples Rights (ACHPR) in 2017.

The project also seeks to create awareness and build the capacity of different electoral stakeholders on the significance of access to information in electoral processes.

Among other activities, the project will conduct a review of the relevant international and regional human rights instruments, laws, policies, and guidelines to analyze the legal framework and human rights safeguards in place and reforms on access to information in elections. The project also has a plan in place for engaging relevant stakeholders on access to information and elections in the named countries.  This will enable the implementing partners to ensure that transparency and accountability are enhanced in electoral processes in Africa and in the long run help citizens access and use public information in elections in the context of the African Union (AU) treaties and standards. Originally published on https://africafoicentre.org/civil-society-organizations-embark-on-improving-transparency-and-accountability-in-electoral-processes-in-africa/