As Zimbabwe prepares for elections, the media must lead from the front 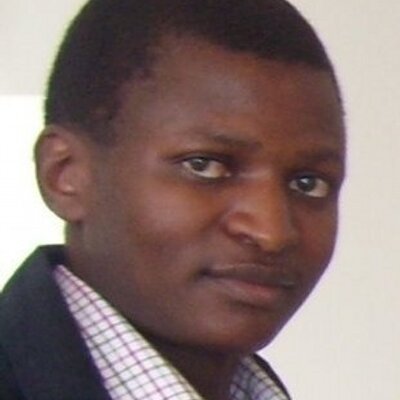 As Zimbabwe prepares for elections, the media must lead from the front

As Zimbabwe readies for harmonised Presidential, Parliamentary and Local Government elections in a few months’ time, the media in and outside the country needs to position itself to be a platform for through which citizens can ensure the credibility of the elections.

This year’s elections will be historic in many aspects. This will be the first time since 2002 that the presidential ballot paper will not have the faces of Robert Mugabe and Morgan Tsvangirai. The elections will also be the first to be done using a new voters’ roll developed using the Biometric Voter Registration (BVR) technology. As it stands, there is a very strong possibility that the elections will also feature a record number of political parties and independents. So far, more than 120 parties are registered with the Zimbabwe Electoral Commission (ZEC), and have expressed interest to deploy candidates for different positions.

The media needs to amplify the character of elections as an opportunity and a platform for citizens to exercise their constitutional power to decide who holds local government, legislative and executive authority. The media needs to create an environment where people know what is at stake, the value of their contribution, and the consequences their actions.

Media practitioners must not view themselves as spectators in the electoral process, but as active participants who set the agenda on what electoral issues dominate the public debate. The media – be it community, mainstream or online – provide the conduit through which different actors in the electoral process interface with each other. The media provides a platform through which citizens can ask questions, raise concerns or make suggestions on aspects an election. The media also provides a platform through which electoral actors such as the electoral management body (ZEC), political parties, candidates, cooperating partners, among others, can access and share information. However, if the media is not well versed in the issues, they can easily mislead or misinform the electorate. This has potential of discrediting an election.

Civil society, cooperating partners and other stakeholders also have a responsibility to support the media to effectively play its role. This support can be in the form of strengthening the capacity of the journalists to generate issue based content to influence informed debate, and building the technical capacity of media outlets to generate, package and disseminate content that will influence debate or engagement, and inspire citizens to take the requisite actions such as registering to vote, inspecting the voters’ roll and taking the step to vote on polling day. This will be a challenge, especially for the public or state-controlled media, which tend to conduct themselves as ruling party annexes, and not as true public service mediums, providing platforms for all Zimbabweans regardless of political or any other affiliation.

When the media thoroughly and effectively brings out the issues in an election, it creates a basis upon which citizens can demand for accountability from those we elect into decision making positions. It is therefore important, as the campaigns build up, for the media to highlight the campaign issues, and enable citizens to make their expectations clear, and influence candidates to speak to those issues. The media needs to highlight and question the promises by different actors. And after the elections, it is again the citizens responsibility, and right, to demand that those elected into any office deliver according to their promises.

One misleading news story can set a whole community or country in flames. The media therefore has a huge responsibility to ensure that all information they disseminate around the electoral process is verified by credible sources. Regardless of how juicy or tempting some information may appear to be, media practitioners need to stick to the basics, and make sure that they don’t add oil to any flames.

Vusumuzi Sifile is the Knowledge Management and Communications Manager for Panos Institute Southern Africa, a regional communication for development organisation based in Lusaka, Zambia. For feedback, email: vusa@panos.org.zm.