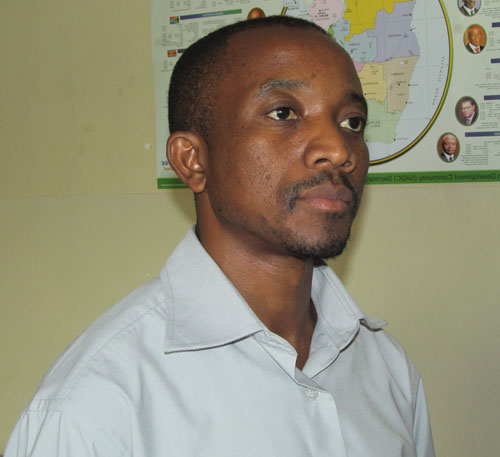 Children’s voices do not get heard in various national, regional and international media platforms and development programmes that aim at reducing child labour. Those voices would inform the development of effective responses to child labour if only there was a platform.

Zambia defines child labour as any work or activity that is mentally, physically, socially or morally dangerous and harmful to a child, which interferes with their schooling by depriving them of the opportunity to attend school, or obliging the child to leave school prematurely, or to attempt to combine school attendance with excessively long and heavy work.  Child labour by its nature is likely to jeopardize the health, safety or morals of that child.

Picture a girl in the eastern province of Zambia who passes through childhood mastering and multitasking in different situations.

This is her story.

She lives in one of the villages in Chimtende ward in Senior Chief Mbang’ombe chiefdom, Katete district. Her family depends much on agriculture for its livelihood. Her normal day starts at 05hrs in the morning, sweeping the surroundings of her compound. This may affect her respiratory system if she does not master the art of sprinkling the grounds with water to reduce on dust.

She draws water between 06hrs and 09hrs, mostly from a nearby stream, well or borehole that is around one to two kilometres. Her usual containers carry between 10 and 20 litre volumes of water. To draw enough water for the whole household, she has to make on average five trips.

She also has to  fetch firewood. At age 10 and more, she fetches heavy loads of firewood in the afternoon for at least three hours. For places like Chimtende ward where the land is mainly bare, with only few shreds of shrubs scattered due to uncontrolled cutting of trees, , she goes long distances searching for firewood.

In addition, the female child also helps in other house chores – cooking, bathing and feeding her siblings and doing laundry. Given that she comes from a household where there are no boys, the 10-year-old also has to herd cattle for almost 10 hours a day. During this time, she may be exempted from other tasks of the day. She spends most of the time in far places with no lunch or snack pack. She only depends on water from nearby ponds and streams and or milk from her cattle.

Normally, on a seven-day cycle, this girl spends more than 43 hours for all these multiple jobs tabulated above. On occasional periods, this can go on even before sunrise and after sunset.

This situation is not unique to Katete alone, but similar stories have been recorded in Lundazi district, under Chief Mwase-Nthembwe and Chief Kapichila’s chiefdoms.

This understanding of child labour encompasses children working long hours and those working in other type of work such as animal herding, exposure to extreme heat for long hours, exposure to waterborne diseases and infections, etc.

This is why Panos Institute Southern Africa (PSAf) creates platforms for children’s voices in the development discourse. Part of these efforts, in 2017 PSAf facilitated  a meeting for children from Kasama, Mkushi, Kabwe, Mpongwe, Petauke and Kaoma districts to  discuss their role in the governance of their schools, communities and districts. The discussion also looked at  their rights and interests were to be protected and enhanced. Based on the discussions, the children issued a  Communique highlighting that children in rural areas suffer the most from negative aspects of culture and customs, and from the absence of structures and platforms for them to participate in governance.

PSAf works with traditional, religious, political, civic and national leaders to address traditional customs and practices that contribute adversely to the rights and welfare of a child and children’s participation in governance processes.

The author is PSAf Senior Programme Officer for Media Development and ICTs. For feedback, email: gillies@panos.org.zm.