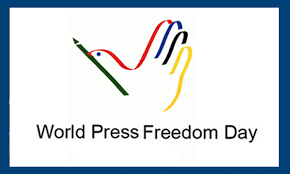 WPFD is commemorated globally on 3 May. The theme for this year’s commemorations is: Media for Democracy: Journalism and Elections in Times of Disinformation. The theme brings to light the role of the media in advancing democracy, peace and reconciliation. The theme also discusses current challenges faced by media in elections, along with the media’s potential in supporting peace and reconciliation processes. At a time when there has been a proliferation of disinformation through fake news and false news, the need for the media to be more responsible cannot be overemphasized.

Panos is aware of the numerous challenges that the media faces in carrying out its duties. These include financial, technical and human resources constraints, which hinder the media from effectively informing and educating citizens on important development issues, such as participation in democratic processes. We are also aware that some stakeholders have made it their hobby to infringe on the media’s freedom to seek and disseminate information to the public.

These challenges have caused some media houses to either scale down or completely shut down, condemning many journalists and other media workers into unemployment. A number of media houses and practitioners have been threatened, suspended, arrested, convicted, imprisoned, fined or censored.  This situation is not healthy for the development of the media sector in Southern Africa, but we urge our colleagues in the media not to be deterred by these challenges.

As an organisation, we stand resolute in our defence of media freedom, and we reiterate our commitment to supporting the development of a diverse and vibrant media sector in Southern Africa. Journalism is not a crime. Media practitioners should be allowed to exercise their democratic duties freely, without fear.

We agree with the Director-General of UNESCO, Audrey Azoulay  that press freedom is the cornerstone of democratic societies. A strong and vibrant media sector is an important ingredient for Southern Africa’s development. However, the media alone cannot effectively advance democracy. They require the support of stakeholders such as political actors, government entities, civil society, the private sector, citizens and opinion leaders.

Technology based platform deployed to enhance electoral accountability in Zambia